(But what’s this, two novels with the same title? Stay tuned for a battle of the Night Lives and their goth protagonists.)

Onward to May! What are you reading right now? 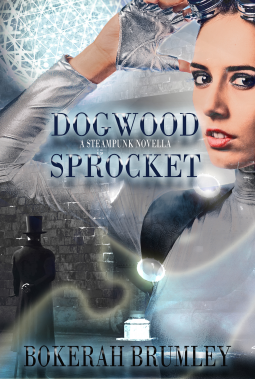 This article will be full of all sorts of spoilers. Beware!

A friend of mine and I are just about the biggest Artemis Fowl fans out there. With each new installment, we giddily gobble up the book at lightening speed, vowing to not discuss it until both have closed the back cover. The agreement worked well for the first six books about the evil boy genius and his feisty fairy sidekicks. But about halfway through book seven, Atlantis Complex, I received a text from her that simply read, “WTF is wrong with this book?”

At the time, I couldn’t really put the issue into words, I just knew something was just disgustingly wrong with the text. A year later, upon relistening to the audiobook in preparation for the upcoming conclusion to the series, I finally get it. It’s a simple matter of growing pains. END_OF_DOCUMENT_TOKEN_TO_BE_REPLACED

Rachel Caine is a master of building nonstop suspense, fun characters who love fast cars (and classy motorcycles), and fast-paced action. The Outcast Season series follows Cassiel, an immortal djinn, after she is stripped of her powers and sent to Earth to live as a human.  This Urban Fantasy is part spin-off, part continuation of the Weather Warden universe. It can be read as a very entertaining standalone, but it’s better with a couple of the Weather Warden books already under the belt. But if you’ve read up on that series (at least a couple books in) and haven’t given this one a try, here’s what you’ve been missing:

Cassiel is powerful, immortal, and she has existed for millennia.  But when she refuses a direct order from the oldest among her kind, he breaks her connection to her power and reshapes her into human form. Forced to exist as a mortal but still needing power to stay alive, Cassiel must live among (and drain the power of) Wardens–humans who wield magic.

She ends up with Earth Warden Manny Rocha–in return for helping him on his missions, she gets access to his power, even as she struggles to understand the (frustrating and inconvenient) emotions and weaknesses of her new human body. But when something threatens Rocha’s family, Cassiel’s forced to decide what she is and whose side she’s on.

This is, in a way, a fallen angel story, and that was one of the reasons it took me so long to get to the series (oh me of little faith!). It’s a rare thing to see an author pull off a believable immortal–especially one as old as Cassiel, and with a first person point of view, no less. But I shouldn’t have worried; Cassiel’s voice convinced me. END_OF_DOCUMENT_TOKEN_TO_BE_REPLACED

An arch-criminal, fairy cop, and butler bodyguard walk into a plot.

With the eighth Artemis Fowl book coming out in July, I have a perfect excuse to revisit one of my favorite YA series. If you missed the first part of this Series Review (books 1-4), you can catch up here. In this article, I swan dive into the next two books in my countdown to Artemis Fowl #8.

Just as you were settling down into plot complacency, this Artemis Fowl book takes a hard right into inter-dimensional travel. A long time ago, when the fairies realized they were losing the war with the humans, they decided to retreat into the earth–all except for the fifth fairy family, the demons. The demons took their island of Hybras and sent it into another dimension with a spell.

But after a long series of calculations, Artemis is beginning to suspect that the magic holding Hybras in limbo is beginning to unravel. Soon, the island will come crashing back through time and space, bringing the demons along.

The demons who’ve spent the entire time since the war training for their final battle with humanity. END_OF_DOCUMENT_TOKEN_TO_BE_REPLACED