Vick’s Vultures is a space opera in the military spirit of Elizabeth Moon’s Vatta’s War series and David Weber’s Honor Harrington books, with the alien species density per planet of the Star Trek universe.  It’s light on description, great with the action, and tight on the military maneuvers. And unlike the genre’s ubiquitous young, untested commander persona who has to figure things out as crisis looms, we get Captain Victoria, a veteran with a loyal, established team, ready to rumble with the universe. END_OF_DOCUMENT_TOKEN_TO_BE_REPLACED

Here’s another cover that I couldn’t pass by. Crows and flowy hair. What more can you ask for?

What? Plot? Psh. Who needs plot? Welp, on the one hand, you have the renegade sorcerer Silhara, reticent avatar of the evil god, Corruption. On the other, you have Martise a young slavewoman-turned-spy who’s been promised her freedom if she is able to find the proof of Silhara’s crimes that would lead to his execution. She’s set up to be his scribe and apprentice. He is all sorts of suspicious.

END_OF_DOCUMENT_TOKEN_TO_BE_REPLACED

Boreal and John Grey by Chrystalla Thoma. Fast, fun, fey and…I just run out of adjectives starting the the letter f. I made a promise to myself a long time ago that I would not use the word “feisty” when talking about book characters unless I’m talking about a cute-angry kittens (see right). But it was kinda that too.

Written in five “episodes” of about 50-pages each, this little series (“season”) is fun and fast. Ella works for the Paranormal Bureau taking down evil monsters when they cross into her world through the veil between worlds. But for the first time in centuries, they are coming across in droves, and they’re getting harder and harder to kill. When Ella’s work partner goes missing, she finds that she has to rely on a stranger-without-a-past named Finn to survive. 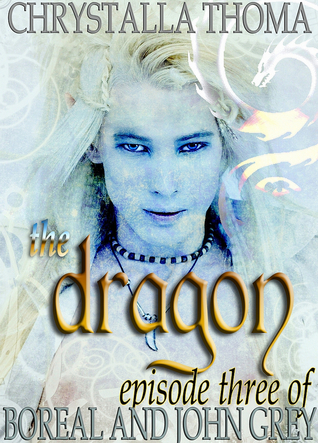 I’m no fan of TV terminology in my reading (Associations: episodes, seasons, why is Grimm so terrible? ZIVA WHY DID YOU LEAVE US), but the elves and the stoic male lead with his tragic past more than makes up for any mental sidetracking into all the shows I am currently watching except I’m not because I don’t have the time, but – END_OF_DOCUMENT_TOKEN_TO_BE_REPLACED

In the not-so-distant future, Misty works as a maintenance diver at Gideon, a city floating in the middle of the Atlantic, a haven for the undead. She’s good at her job; it helps that she doesn’t need to breathe. But during one night dive, she discovers a dead body, weighted and tangled in the nets. In a world where all vampires are one deportation away from execution, Misty wants nothing to do with corpses and criminal investigations. But then she meets Li, a man with a death wish, a dangerous past, and a connection to the body Misty found.

This book was a welcome addition eBook addition to my vampire-filled shelf. Prough does something different in her novel, City of Promise by moving her story and vampire heroine out of the urban fantasy setting into the 2063. From the delightful gritty details of the world (based on a real-world proposal of a city extension off Boston in the 1970s), to the (sometimes) over-the-top action, to the (scrappy) dialogue, the novel kept me tapping the screen for the next page. END_OF_DOCUMENT_TOKEN_TO_BE_REPLACED

Sleight of Hand by Mark Henwick

An Amber Farrell Novel, Bite Back #1

“For Amber Farrell, post-military life as a PI has its ups and downs: She’s been hit by a truck. She’s being sued by a client. Denver’s newest drug lord just put out a contract on her. The sinister Athanate want her to come in for a friendly chat. And it’s only Tuesday.”

Now we’re talking. Occasionally, we get a pitch in our inbox that we just can’t resist. And Henwick’s urban fantasy novel blurb brought it home. It also left me quaking on my canary perch: Book, please, please, don’t go the vampire-werewolf-cookie-cutter plot route.

Book review of No Good Deed by Bill Blais

An urban fantasy with soul.

In a genre dominated by author names like Patricia, Charlaine, Jeanine, and Laurell, and stories following smart-talking mortal (and immortal) demon-fighting twenty-somethings, Bill Blais and his character stand out like a white heron at a black swan convention.

Kelly McGinnis is happily married to a man she adores and a devoted mother of two active eight-year-olds. But her family’s future is uncertain–not only has she just lost her job, but Kelly is also struggling to deal with the reality of her husband’s declining health, and, of course, the inevitable medical bills. END_OF_DOCUMENT_TOKEN_TO_BE_REPLACED

We get a lot of review requests. While we read each and every one of them, all of the dystopian YA and vampire paranormal romance stories start to bleed together because the pitches simply are not distinct enough. Most of them get lost in the abyss; very few stand out enough for us to talk amongst ourselves about pursuing the read.

So when I woke up to a request forwarded to my personal email from CanaryTheFirst, I didn’t need her opening line of “laaaawl” to tell me it was going to be something pretty special. END_OF_DOCUMENT_TOKEN_TO_BE_REPLACED

Children of Sun and Moon by Matt Larkin

(Book 1 of the Skyfall Trilogy)

For generations, the children of the moon have been at war with the children of the sun. So when the Lunar King sues for peace and offers his daughter, Ratna, to a marriage with the young Solar King, the two war-torn civilizations are faced with the prospect of peace–or imminent treachery.

Chandi, Ratna’s handmaiden and a powerful Moon warrior in her own right, is sent to protect her cousin and spy on the Solars. But the years go by and the Solars seem sincere in their peace efforts. But peace is a fragile thing, and when Chandi is asked to sacrifice everything–her new, reluctantly-accepted home, her blossoming romance with a Solar warrior, and her life–for her country, she finds herself forced to choose between her past and her future, her duty and her heart. END_OF_DOCUMENT_TOKEN_TO_BE_REPLACED

This book was delightful, in the full, italicized sense of the word. It takes on a vivid, irreverent style (think Terry Pratchett) and melds it with some dark(ish) fantasy.

One moment, Libby is marching out of the grocery store, jug of milk in hand, set on breaking up with her slob of a boyfriend-soon-to-be-ex. The next, she is killed by a hit-and-run. When she wakes up, she’s in a beach house at Sunray Bay, a kind of afterlife, she assumes, since her also-dead-dog Rufus can now talk.

But not all is as it seems at the sunny beach town, and it certainly isn’t Heaven. Within an hour of her arrival, Libby is chased by the head of the local monster slayers, helps a (very hawt and rugged) rogue ex-operative, and finds herself at the top of the Mayor’s Most Wanted list. END_OF_DOCUMENT_TOKEN_TO_BE_REPLACED

As a general rule, we at tCR do not review author requests for short stories. We are wing-deep in novels and rarely have time to spare to read even the shortest of one-shots. So it was pure serendipity that Tracy Marchini’s review request for The Engine Driver came through at the height of my work-place boredom. I clicked on the attached PDF before I’d even read the blurb. And I must say that I’m quite happy I did—partially because the blurb needs a little Pitch Slapped lovin’, but mostly because it was an absolutely delightful story.

The story follows Brig, a depressed teenager in a world where any negative emotions are attenuated by an internal playlist of music meant to adjust mood.  When her best friend is selected to be a Musician, someone who can actually craft music, Brig sees an opportunity to finally hear a song that she wants to listen to—rather than one that has been carefully selected to attenuate her constantly sad existence.

That explanation actually makes the plot sound about 800% more emo than the story actually was. The characters were engaging even while wading through the subplot of wanting to hear a love song played when standing near a boy. The fact that a 6,000 word story has a flipping subplot should be an indication that Marchini has a knack for story-telling. The Engine Driver had nice subtleties to it, enough to gloss over a couple of places where the narrative stumbled.

Since this is just a Small Chirp and not a review, there’s no official Canary rating, but an unofficial rating would put it solidly in a four happy canaries territory. I hope this is the first of many forays that Marchini takes into Brig’s life. I would happily read an entire novel set in the music-controlled world she lives in.