This week, I’m hijacking the blurb features with this pretty, pretty cover. Even if I wasn’t already a sucker for fantasy set in Russia, this would have absolutely caught my eye. I am intrigued. I am excited. Bring on the Ruski Dragons!

“It is the waning days of the Russian monarchy. A reckless man rules the land and his dragons rule the sky. Though the Tsar aims his dragons at his enemies—Jews and Bolsheviks—his entire country is catching fire. Conspiracies suffuse the royal court: bureaucrats jostle one another for power, the mad monk Rasputin schemes for the Tsar’s ear, and the desperate queen takes drastic measures to protect her family.

Revolution is in the air—and the Red Army is hatching its own weapons.“

You don’t have to be a die hard Sherlock Holmes fan (which I am) to appreciate this blurb. (But before you read the blurb, check out the cover. For a split second, aren’t you convinced this is a story about Sherlock Octopus? Alas.)

“Upon returning to the city of Khelathra-Ven after five years fighting a war in another universe, Captain John Wyndham finds himself looking for somewhere to live, and expediency forces him to take lodgings at 221b Martyrs Walk. His new housemate is Ms. Shaharazad Haas, a consulting sorceress of mercurial temperament and dark reputation.

When Ms. Haas is enlisted to solve a case of blackmail against one of her former lovers, Miss Eirene Viola, Captain Wyndham is drawn into a mystery that leads him from the salons of the literary set to the drowned back-alleys of Ven and even to a prison cell in lost Carcosa. Along the way he is beset by criminals, menaced by pirates, molested by vampires, almost devoured by mad gods, and called upon to punch a shark. “

—The Affair of the Mysterious Letter by Alexis Hall

Canaries, what books have caught your eye recently?

Okay, this is the second time in a row I’m derailing this series in favor of cover art, but seriously. This is some lovely design work. Who cares about story when you could have this on your bookshelf?

“They are the daughters of a king. Though they share the same royal blood, they could not be more different. Bluebell is a proud warrior, stronger than any man and with an ironclad heart to match. Rose’s heart is all too passionate: She is the queen of a neighboring kingdom, who is risking everything for a forbidden love. The twins: vain Ivy, who lives for admiration, and zealous Willow, who lives for the gods. And Ash, who is discovering a dangerous talent for magic that might be a gift—or a curse.

But when their father is stricken by a mysterious ailment, they must come together on a desperate journey to save him and prevent their treacherous stepbrother from seizing the throne. Their mission: find the powerful witch who can cure the king. But to succeed on their quest, they must overcome their differences, and hope that the secrets they hide from one another and the world are never brought to light. Because if this royal family breaks, it could destroy the kingdom.”

– Daughters of the Storm by Kim Wilkins

What books have caught your eye recently?

Who cares about book blurbs when there’s a pretty cover involved? This one’s a stunner. Sure, it’s from a third book in a series I haven’t read. But come on. Isn’t it gorgeous? (And, if you’re on Netgalley, it’s a free download.)

“Ruxandra Dracula, a 250-year-old vampire, wants nothing to do with the fallen angel that created her. But when fellow vampire Kade tells her a group of magicians in Moscow is going to summon that angel, Ruxandra knows she must try to stop them.

In Moscow, Ruxandra finds herself caught in a web of political and supernatural intrigue. Empress Anna of Russia wants the vampires to be her spies. Her secret police have magic that is nearly impossible to defeat. A cadre of Russian nobles wants them to kill the empress.

And the Alchemist, the beautiful, whip-smart leader of the magicians, wants Ruxandra as more than just an experimental subject.

As the magicians prepare to summon the fallen angel, Ruxandra must choose: will she kill them to keep the angel from coming, or face the angel and find out her purpose on the earth?“

What books have caught your eye recently?

Canary-friends, here’s a lineup of a few of the books who’ve caught my eye purely on cover art:

I am beginning to suspect I have a type…Canaries, what covers make you weak in the wallet?

Anyone who has ever gone to the bookstore with me knows that I love covers. So when Tash and I decided to dive into The Handmaid’s Tale last month, one of the first things I did was pull the cover images. The covers a book goes through says a lot, both about the story the publisher thinks its telling, and the audience it thinks it’s selling to.

First published by the Canadian McClelland and Stewart in 1985, the original cover is cubist bold, colorful, and utterly grotesque. The main character, Offred’s relationship with the Commander takes center stage, and it’s damn uncomfortable to look at. One year later, the iconic U.S. first edition from Houghton Mifflin came out, and the world hasn’t been the same since.

Fast-forwarding to today: While the 1985 handmaids-by-the-wall cover is still, by far, the most common and recognizeable, the 2006 release from McClelland & Stewart went in an airy direction, the 2009 went full on body parts (a common enough tactic in YA, and part of a long-standing tradition of representing women through body parts: the arm, the hand, the legs, the neck and chin. The most recent re-release from 2010 Vintage Classics, though, the last in the images above, bucked the trend by going full conceptual.

Some books pivoted away from both the literal depiction of what happened in any given scene to a more symbolic representation.

END_OF_DOCUMENT_TOKEN_TO_BE_REPLACED

Looks like this months’ books on my To Read list have conspired to celebrate September with Autumn-colored covers.

Yep. It’s historic fantasy, a genre I don’t often read, but after a couple weeks of agony and watching the publication date of this new release creep up on me (and past), I broke down and went for it.

London. World War I. Ginger Stuyvesant is an American heiress and a powerful medium serving in the British Spirit Corps, a secret, spiritualist force in the military tasked with hearing the field reports of dead soldiers and passing along military intelligence. END_OF_DOCUMENT_TOKEN_TO_BE_REPLACED 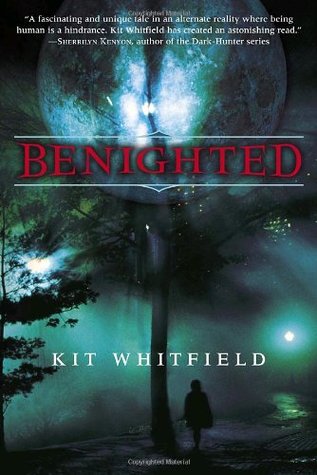 Lola Galley is a veteran of the Department for the Ongoing Regulation of Lycanthropic Activities, an organization staffed by non-lunes that monitors the city during the full moon and is tasked with keeping order and capturing the lunes who break the law to roam free on full-moon nights. When Lola’s friend is attacked by a lune, and then murdered before the attacker can be brought to justice, Lola finds herself on the trail of a deadly conspiracy. END_OF_DOCUMENT_TOKEN_TO_BE_REPLACED 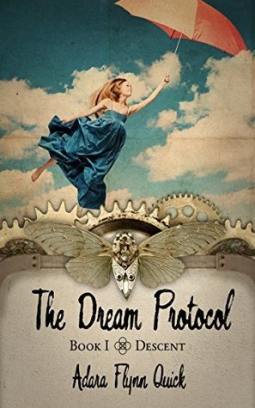 Instead, and despite the incredibly clever world concept, the novel reads like a kind of morality tale, in which teen characters speak out against the system in eloquent, full sentences and rhetorical questions. END_OF_DOCUMENT_TOKEN_TO_BE_REPLACED