As far as pirate leader Cullin is concerned, if Ari hasn’t been brainwashed and returned as a spy, then she must be part of a traitorous alliance endangering billions of lives.

While longer than it should have probably been, it is that wonderful, intoxicating blend of soap opera drama and dramatic romance that I can’t get enough of. There’s intrigue, light political maneuvering, and a main character who is up to her ears in secrets and secret trauma. 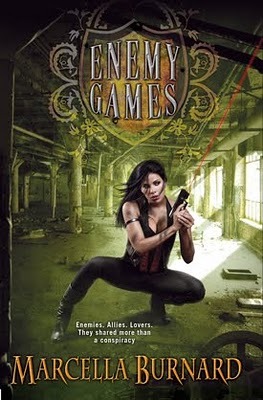 Unfortunately, I was much less impressed by the sequel. We leave Ari (who’s now officially had her Happily Ever After and is out piloting her ship and battling bad guys) and revisit Jayleia Durante, Ari’s scientist/researcher friend who’s stuck on a planet trying to deal with an outbreak of rabid furbies and a potential pandemic.

Wham, suddenly, Jayleia’s kidnapped by the handsome maybe-enemy Damen Sindrivik who needs her to track down  her missing father (also spymaster, also big deal in military circles, also estranged). Jayleia has to figure out whether she wants to cooperate and by how much.

Okay, actually, most of the plot isn’t even about Jayleia’s father. It’s…a lot of handwaving and subplots and drama – which isn’t necessarily a bad thing – but be warned that this book moves even further into the romance genre. If you are able to just shrug and go with it, you’re golden. If not, you’ll totally get why a couple canaries fall dead off their perches at the alien battle part.